The 2014 adopted Winter tires are mandatory always causes confusion, because it does not say very clearly if and when Winter tires for scooters are prescribed.
First of all, the most important thing: In general, winter tires will not be required in the future either.

There is no seasonal requirement for winter tires by the legislator, but only one that is based on the weather conditions on the road.
In the case of “black ice, slippery snow, slush, slippery ice or frost”, winter tires are prescribed according to the legislator.
If you still drive with summer tires you run the risk of an accident and a fine.
However, if the road is in good condition even in December or January, you can safely drive with summer tires.
The crux of it is that of course nobody can know when and where it will freeze or the next change in weather is imminent.
The tire industry has made the formula “from O to O” out of this, in other words, it would like us to equip our vehicles with winter tires from October to Easter.

What are winter tires?

As a layman, you can usually recognize winter tires by their profile. This is usually coarser, often provided with lamellas and has a different rubber compound.
The softer rubber compound remains smoother and now offers significantly better grip, the lamellae interlock with the ground and ensure better vehicle control and a shorter braking distance.

Often tires are marked with M + S to convey to the customer that these tires are especially for Match + Schnee is suitable.
Unfortunately, this marking is not protected and now adorns many tires that are anything but suitable for the cold season.
Even pure summer tires can bear this mark. Legally, you are on the safe side with it, but not always in terms of driving physics. The only indicator by which you can recognize a tire that is suitable for winter use is the so-called snowflake symbol (also called a mountain pictogram with a snowflake or Alpine symbol).
The snowflake symbol is the identification for a standardized test with defined criteria. If the tested tire achieves a minimum traction on snow and ice, it receives the snowflake symbol. These tires have the optimal properties for winter weather conditions and accelerate about 10% better on snow and ice than tires without the snowflake symbol. Not least because of their own interests, two-wheelers are interested in the safest possible driving characteristics. The new Winter Grip 2 from Anlas is therefore not only suitable because of its properties propagated by the manufacturer, such as strong grip, high cornering safety and short braking distances.

As one of the very few winter scooter tires, it is equipped with the snowflake symbol.
This officially certifies that the tire is very suitable for winter.
On closer inspection, however, this is not at all surprising. The manufacturer, which is certainly still unknown to many Event has, according to the Report by the British online magazine SLUK, already the winter all-rounder ContiMove 365 manufactured. After Conti no longer lists this tire in its delivery program, Anlas is now offering an adequate successor to the Move 2 under its own brand with the Winter Grip 365. As a further developed version, it now has significantly improved rolling resistance, thanks in part to the newly designed carcass structure. In addition to its low price for a real specialist made in Europe, it also offers real added value for the bargain hunter. Not only in terms of purchase but also due to low consumption costs.

In the sum of its overall characteristics, the event is certainly still an insider tip, it offers year-round drivers one thing above all; Security. Both legally and on the street. Buy recommendation!

Suitable protective clothing that also keeps you warm at the same time is ideal for the cold season! 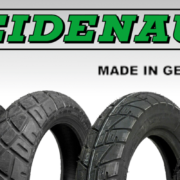 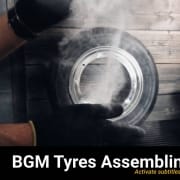 To give away scooter tires 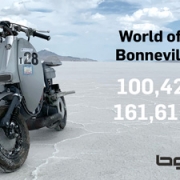