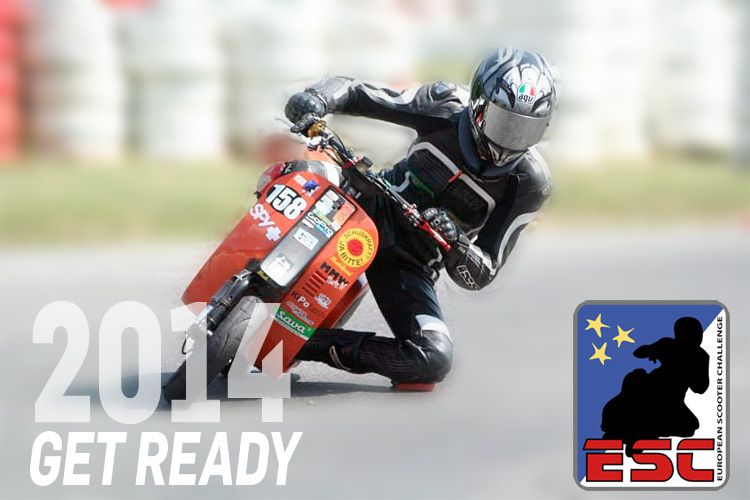 So that you already know when you have to take vacation, the ESC committee sets the race dates for the in good time at the turn of the year ESC 2014 .

Only for the cornering of the pacemakers there is no appointment yet. But this one will open in the near future www.eurochallenge.de to be found.

At 1:15 you can see the new section of the route. Mirecourt therefore presents a challenge to the drivers by pairing very slow and now also very long, fast sections of the route. In addition to the driving performance on the route, the Gradation of the gear a challenge. So here it is important to find the best compromise with 4 gears.

It is allowed for the first time from 2014 Rain tires without street approval can be used. This means that all designated rain tires with a profile, for example from PMT be used. If the rumors are to be believed, Sava is also working on the further development of the MC20 Rain tires worked. The use of rain tires is approved by the ESC responsible for the respective race.

So that the ESC circus in Class 1 is also interesting for the less experienced screwdriver, an engine concept based on Polini Evo Direkt is allowed as an alternative from 2014. The cylinders have been modified to match and are driven with a 51mm stroke and 105mm connecting rod and with a special exhaust. The "large one-size-fits-all" package is sold by the Scooter Center and may only be used as a package. With the package, a performance of approx. 25PS can be achieved.

You can find detailed information on this at www.eurochallenge.de so that you as a driver in class 5 on the new route in Mirecourt on the now very long start / finish line, for example, do not “starve”. The ESC committee preferred the use Primary gear ratio 3.oo the 25z pinion from DRT released to extend the 3.00 primary to 2.88. So far the engine had to be converted to the permitted one Primary ratio of 2.86 be opened completely. With the now released DRT pinion, it is sufficient to dismantle the clutch cover and the clutch. With the right one Holding and peelable Tools a Effort of a few minutes.