When we received reports of earthquakes from our friends in Japan in the middle of last week, we could not have expected the unforeseeable catastrophe. Especially since earthquakes do happen quite regularly in Japan.

The massive earthquake with a magnitude of 9.0 on the Richter scale and the huge tsunami that hit the coast of the island of Honshu were a hard blow to the stomach area.
After a few emails and a long wait, it has now at least become clear that our friends are doing well there. Fortunately, nothing happened to the scooter dealers in Tokyo such as Kashira Products and Lambrettability.

Of course, that doesn't hide the catastrophic and appalling situation in Japan. Our friend Taka from lambretta-magazine-japan.net reports on war-like conditions. And that many of the survivors in the disaster area are now suffering from hypothermia and hunger.
Here is the Lievstream: http://www.ustream.tv/channel/nhk-world-tv
Even if Japan has one of the best civil protection systems and has not yet asked for international help, we want that here Donation appeal link the red crosses:

Motor scooter quartet for a good cause 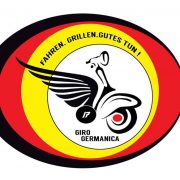 GIRO GERMANICA stop at Scooter Center and in Cologne 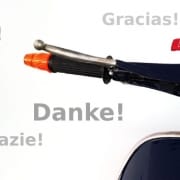 We want to say thank you!

A good deed is well received

Open house for a good cause