"New Malossi cylinder Vespa 200"You read that right, because there are two new Malossi 210s:

Malossi has revised its cylinder for the Vespa PX 200 and is now bringing the popular Vespa tuning cylinder in two versions:

History of the Malossi Vespa cylinders

Piaggio is redesigning the Vespa PX, which has been built since 1977, and introducing the Vespa Acrobaleno and Vespa Lusso. In Germany the following and the subculture around the Vespa is getting bigger and bigger.
At the same time, one of the most popular tuning parts is being developed. The legendary Malossi aluminum cylinder with Nicasil coating for the Vespa 200 engines (PX 200, Rally 200, Cosa 200). It becomes the basis for many extremely tuned engines and a reliable companion with plug-in tuning.

Vespa tuning is becoming more and more extreme. 25 years after his birth there is an update for THE CYLINDER. The update essentially consists of a revised cylinder head.

Engines with 30+ HP are no longer uncommon. This time it only takes 5 years to evolve. There will be 2 versions.
Here are the features of the new cylinders:

The setup suggestions from Malossi:

We ask for a little patience here. Of course, we ordered the new cylinders straight away. As soon as we have the Malossi cylinders on the table, we will take a look at the details and test them directly on our in-house dynamometer. We'll keep you up to date here! 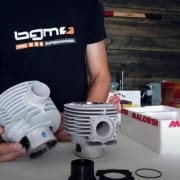 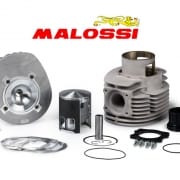 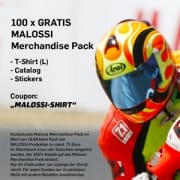