Tomorrow it will start. We're going on that Run & Race la Corsa al Raduno inPomposa / Italy.
That sounds like music to the ears for scooterists. Run & Race - the legendary Stoneheads SC scooter meeting on the Liedolsheim kart track near Karlsruhe celebrated its 2012th anniversary in 10. By the way, we're celebrating 2017 25 years Scooter Center and 10th Scooter Customshow 2017 The name says it all: A classic scooter meeting of the SIR (Scooteristi Italiani Riuniti), combined with a run as part of the ESC.

The organizer and main sponsor is the team around Dean Orton, Vittorio Tessera and Parmakit:

When you visit our custom show we were personally this grand finale of the ESC 2016 invited and as a co-sponsor of this weekend, of course we don't want to miss it! We are curious, because the Italians are currently giving there really gas and also drive with ours bgm PRO - Parts very successful. 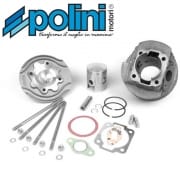 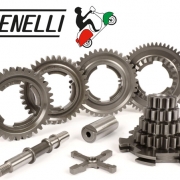 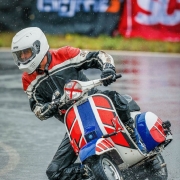 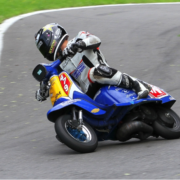