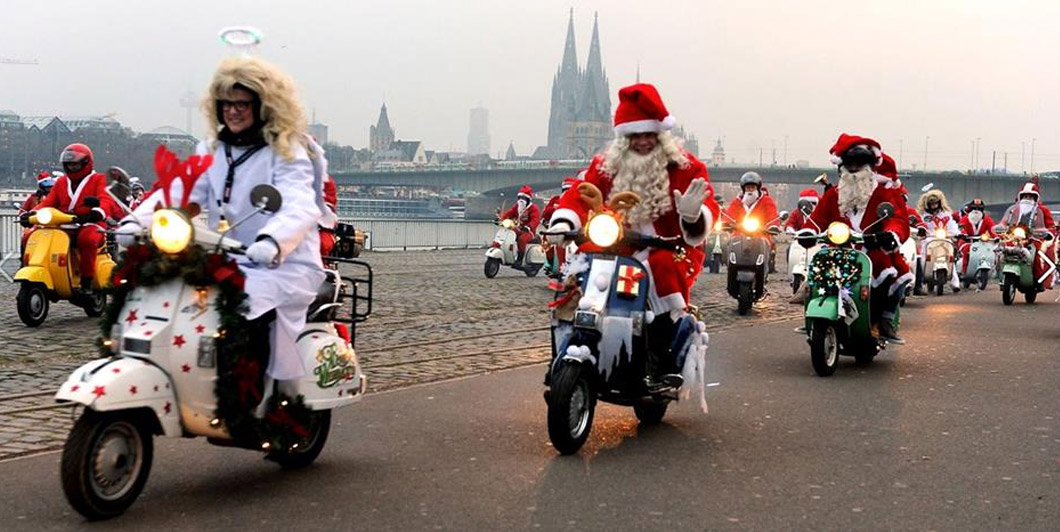 The Vespa Club RheinSchalter Cologne is again organizing the Vespa Babbo in Cologne. That Scooter Center supports this great event again, of course, it's worth taking part!

And suddenly it gets loud at Zülpicher Platz, Santa Clauses (we specify: Ok, it's probably more like Santa Clauses) on scooters are honking over the rings. Did you also notice this Advent Vespa walk on St. Nicholas Day? We explain the background here: http://goo.gl/txGroz (Video: mik) #VespaBabbo

"Vespa Babbo" is the FlashMob for Nicholas! Around 100 Vespa drivers dress up for Christmas and decorate their Vespa as colorful and glittering as a Christmas tree ball. This is how the scooter drivers drive through Cologne together - along the Christmas markets and through Cologne city center. Italian tradition: The "Babbo" is the Italian Nikolaus. The tradition of rattling through the city in Santa Claus or Nicholas costume in the run-up to Christmas is already many years old in Italy and inspires young and old spectators on the side of the road. And of course that works best on a VESPA

Take part in the Vespa Babbo

Would you like to be there? You can find more information here .

Nikolaus in Cologne ... as it should be done according to tradition: with the “VespaBabbo” ** ... the Christmas trip in the right Christmas outfit along the most beautiful Christmas markets in Cologne with a final glow of mulled wine / punch at “Piazza Rudolfo”. Motto like last time: have fun and spread the joy of Christmas in the city! :-)

Installation again at the Deutz fairground (Rhine bank, in the middle between Deutzer and Severinsbrücke, Deutzer Werft) - participation ONLY and EXCLUSIVELY in the appropriate Santa Claus, Nicholas or angel outfit! The Vespa (sheet metal / modern) can be creatively “adapted” to the theme! The route is of course suitable for the fuff, mainly in the Cologne city area and is approx/ Take 2 - 2 hours.

Donate to a good cause

In keeping with the festival of giving and giving, all participants voluntarily (!) Collect any donation at the starting point and then benefit from a charity campaign.

**… the “Babbo” is the Italian Nikolaus. The tradition in Santa Claus /It is many years old in Italy to rattle through the city in the run-up to Christmas. There are now such trips everywhere: Strasbourg does it ... Paris has experienced it, Cardiff was enthusiastic, Manfredonia, Sassari, Roma and Foggia in Italy were there with passion, in Bangkok and in the Portuguese Gaia they were cheered - even in wintry Kempten / Allgäu or they were already out and about in wet Nordic Hamburg ... and now it's back to Cologne! See you on December 5th, 2015! 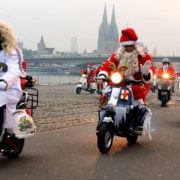 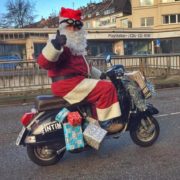 Now set the Vespa ignition correctly - “The whale” is back ...
Nach oben scrollen