Vespa V50 S round handlebar - the most beautiful 50s Vespa

The legendary Vespa 50 S Smallframe is the most beautiful 50cc Vespa Piaggio has ever built. We have this Vespa V50 S round light for sale: Used Vespa scooters

With their round handlebars and the classic round speedometer, the solid sheet metal cascade and the closed 4-hole rims with 10 inches, the model built until 1971 is the one most wanted 50cc Vespa!

Vespa from the 70s

But wait a minute, why 1971? This only applies to the Central and Northern European market!

Because, for example, after Greece and the Balkan countries at that time, the round handlebar Vespa V50S continued to be built until the end of the 80s. This model was even made for the Japanese market until the 90s built.

It was in Japan that the vehicles were cherished and looked after. With a little luck you can get a Vespa V50S in exceptional original condition in the original paint. The mileage usually varies between several hundred kilometers and a few thousand kilometers.

Even after that, if you bought the corresponding number from Vespa in Italy, you could buy ET3s and V50S directly from the factory. In 2002 it was time for the end of the working day - the corresponding production line was unfortunately dismantled and scrapped. So these Vespas are original "Made by Piaggio in Italy". The scooters rolled off the line all the time parallel to the Vesps available from us. There are no "Replica or licensed constructions “but real Italian Vespa Piaggio productions!

There have been some small improvements over the years. Due to the mandatory blinkers introduced in Japan at the beginning of the 80s, the "vintage" models with the Original Hella handlebar end indicators Mistake. The original 105mm headlights come with the Ba20d Bilux pears equipped - that is, instead of the 15 watt bulb that was installed at the end of the 60s, the Japanese V50S and V100 came with 6 volt 25/25 watt normal and high beam bulb. All models have the original rear light of the ET3. The decisive difference to the European model of the V50, however, is the maximum permissible speed of 60 km / h which was achieved through a "long" 4th gear.

We are lucky enough to be able to sell some V50S from a private collector. Working in Japan for years, he fought his boredom by starting to get a considerable collection of V50S in the most beautiful conditions. After finishing his job in Japan, he packed his household and his collection in a container and thus enriched the German Vespa scene with some beautiful collector's items.

At the same time, we were just about to provide some Japanese V50S that we re-imported from Thailand with a German approval. As I said, the 60km / h models can also be registered with us, but only as a small motorcycle with a large license plate. But our ambition was to get the Vesps on the road at 50 km / h and with insurance numbers. Fortunately, by collecting our “Japanese”, we were able to divide the costs by a few more vehicles and then tackled the approval process. 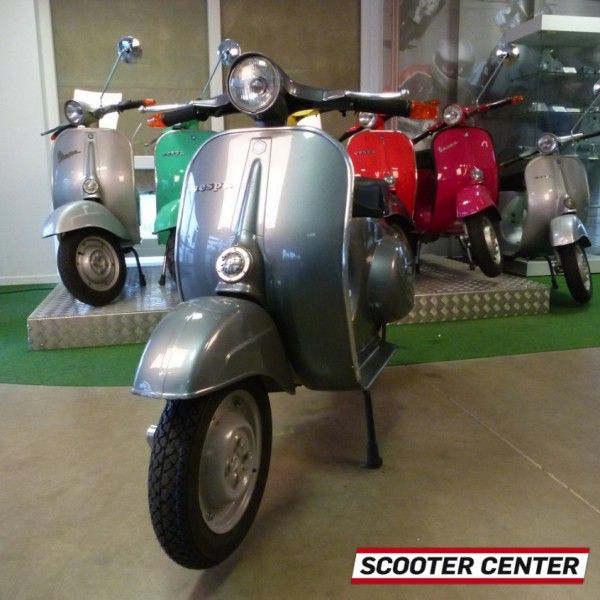 Vespa V50S round light for sale 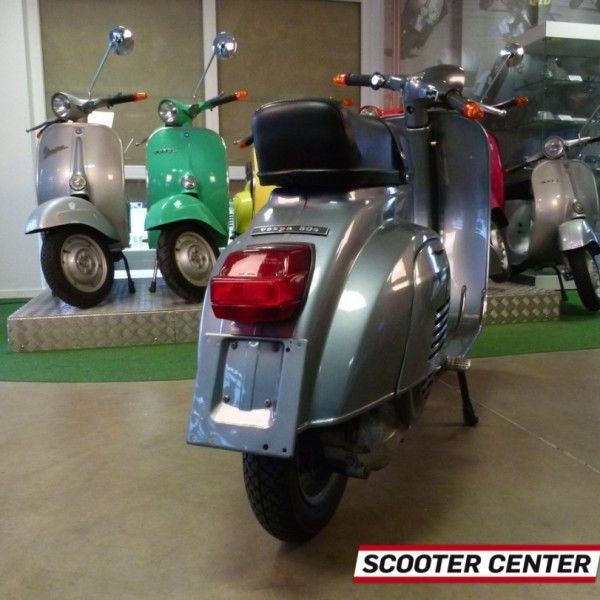 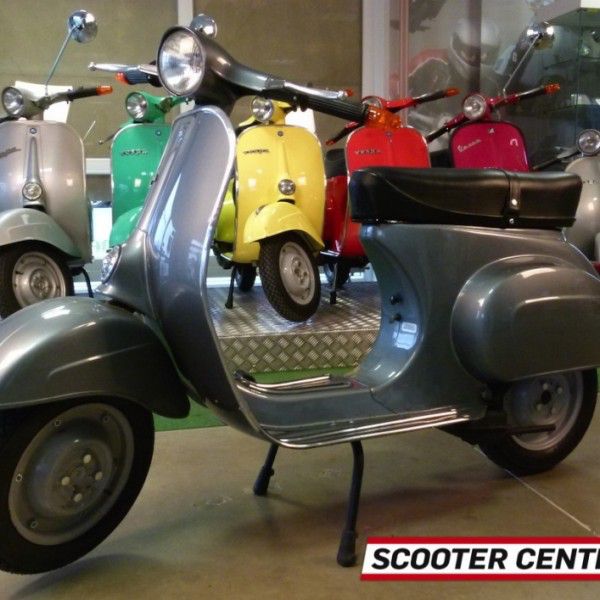 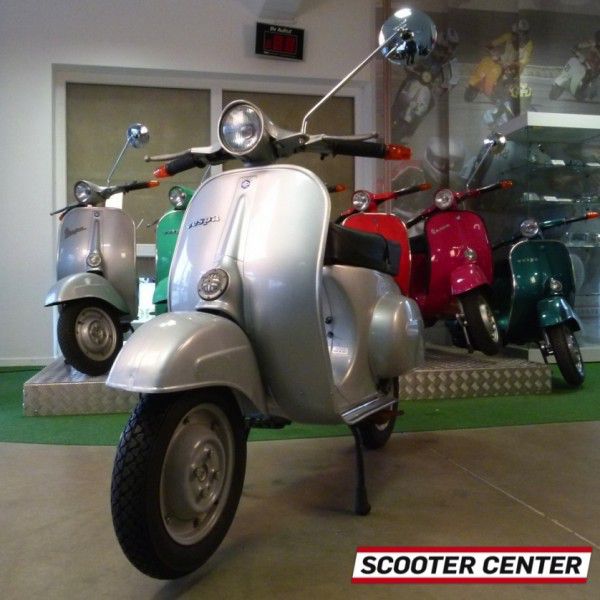 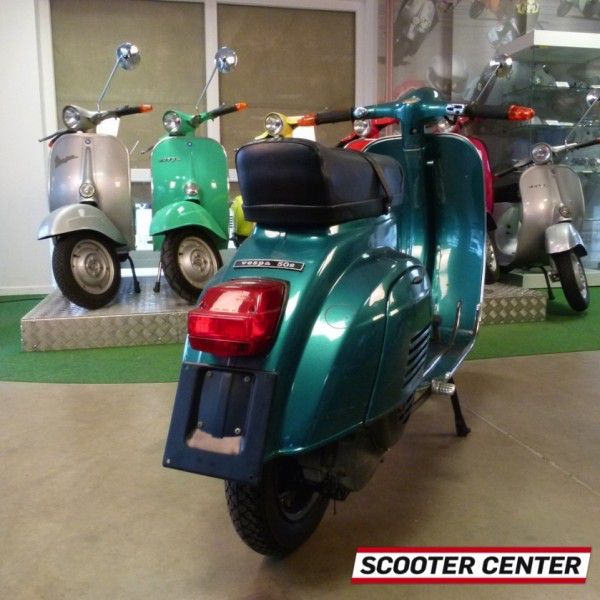 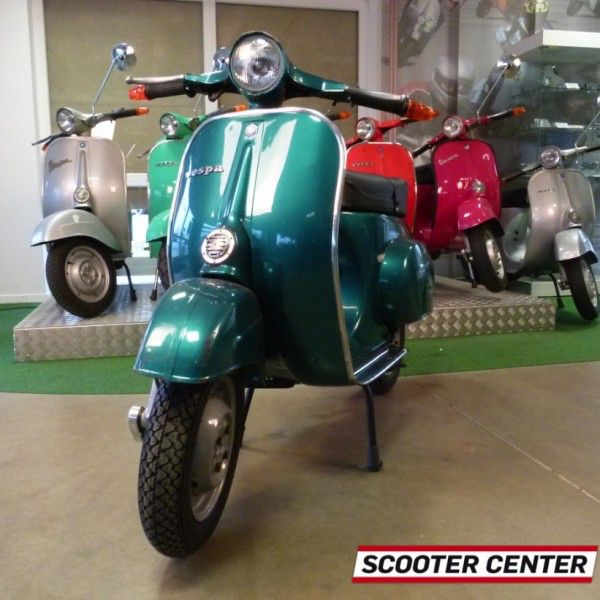 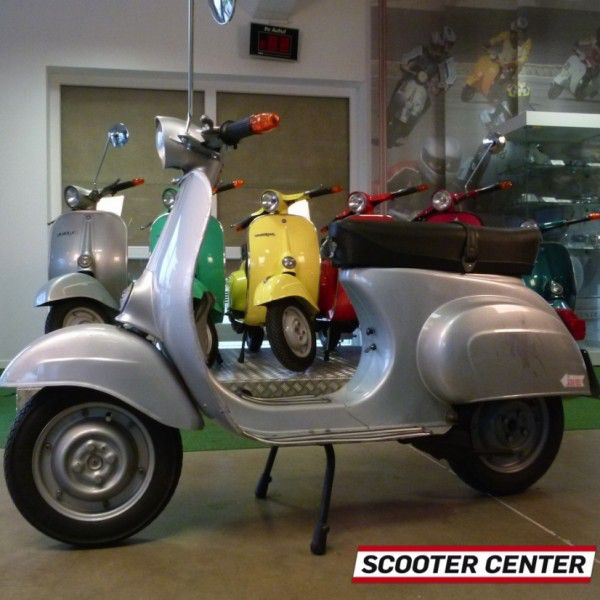 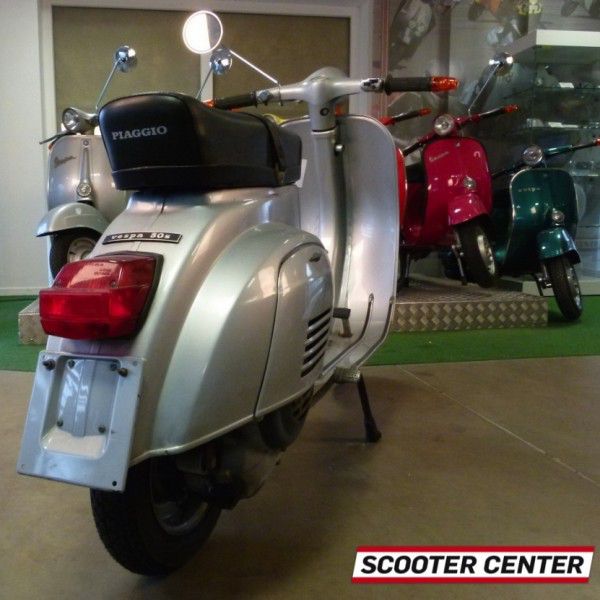 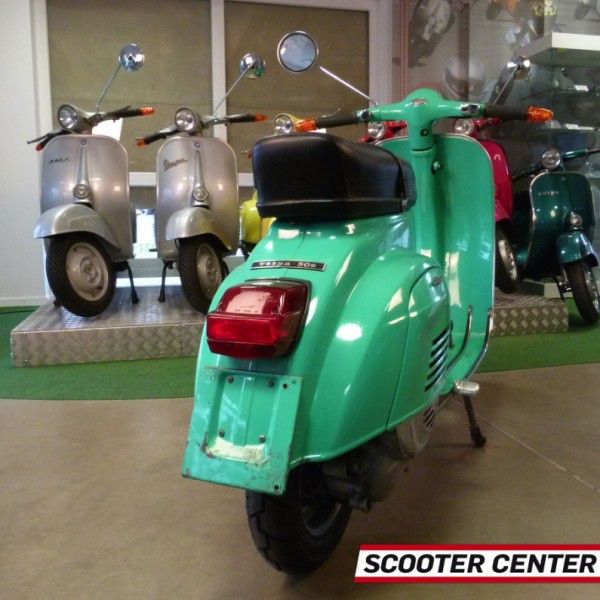 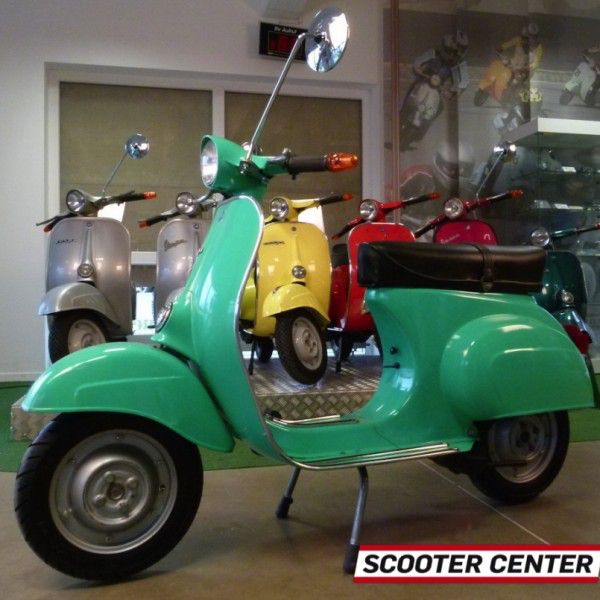 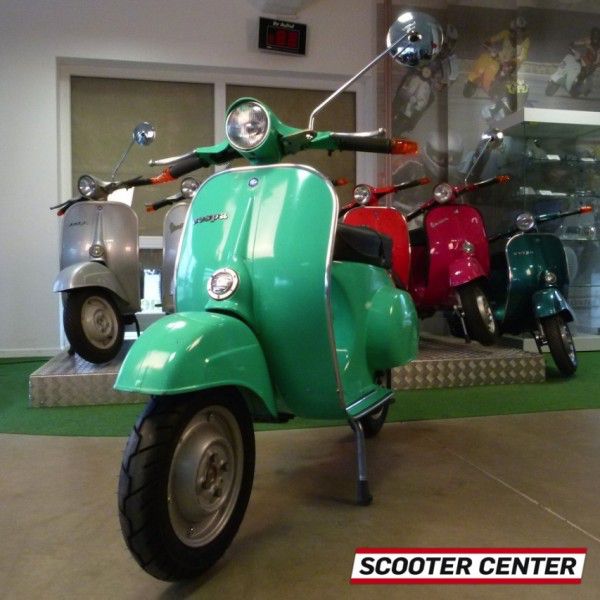 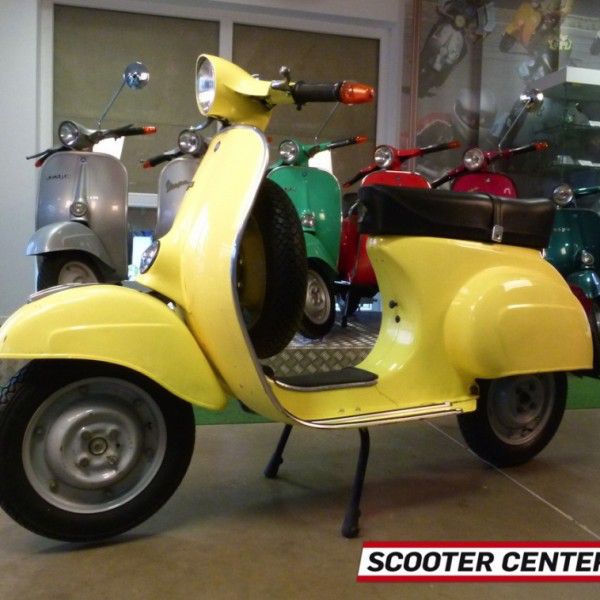 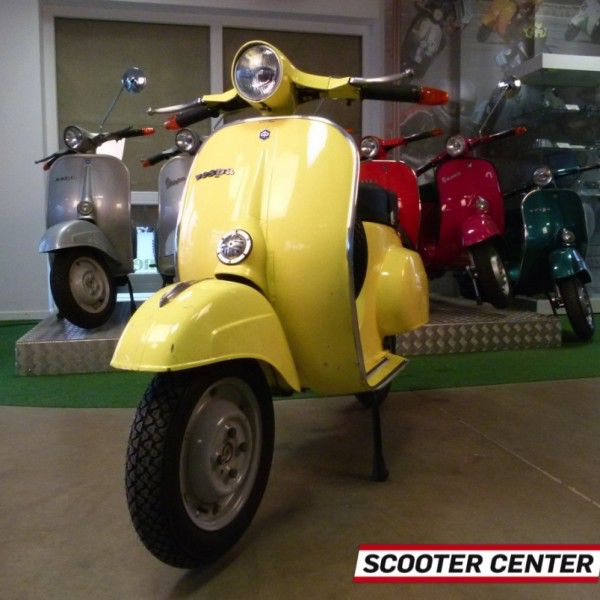 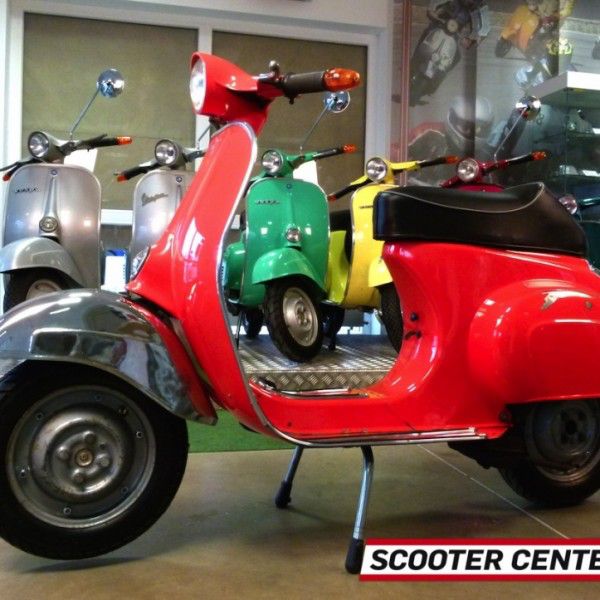 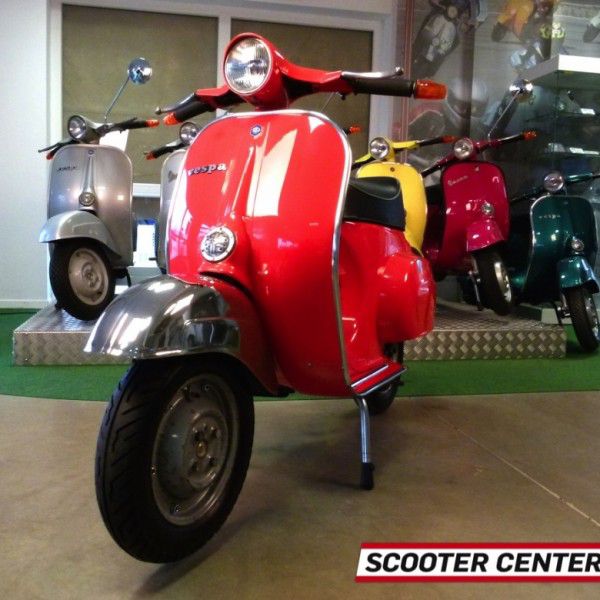 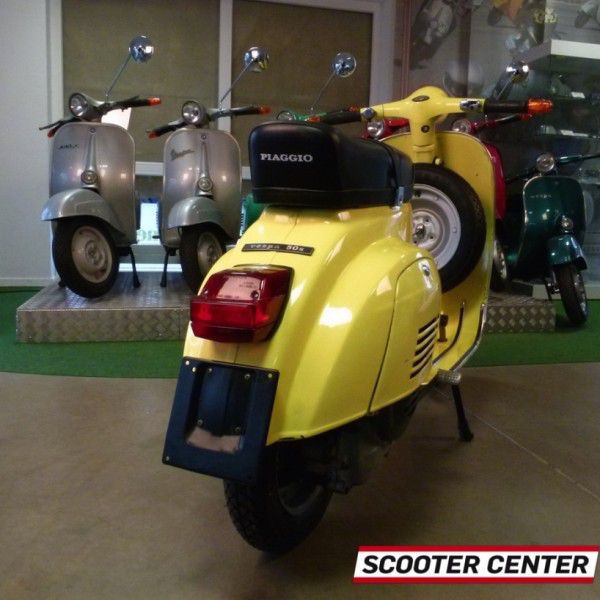 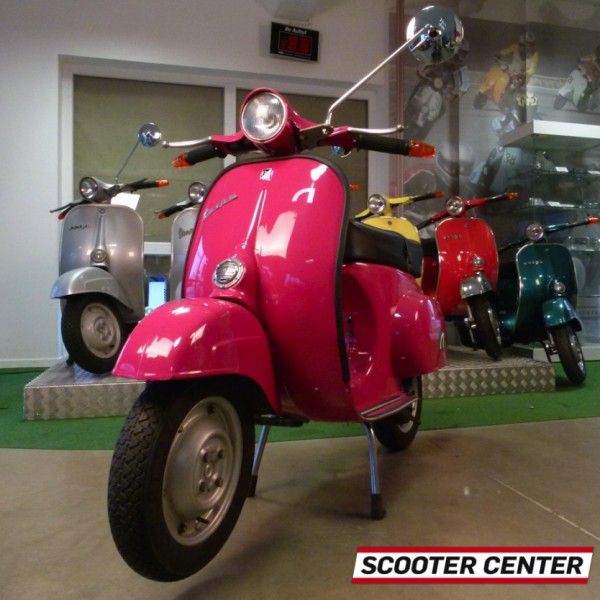 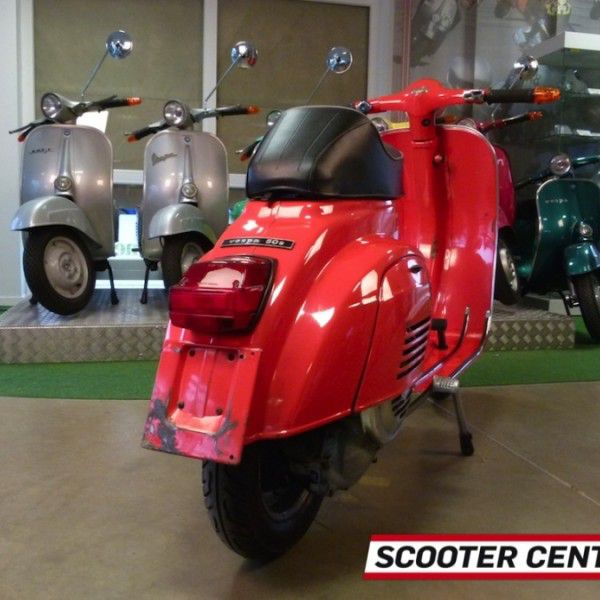 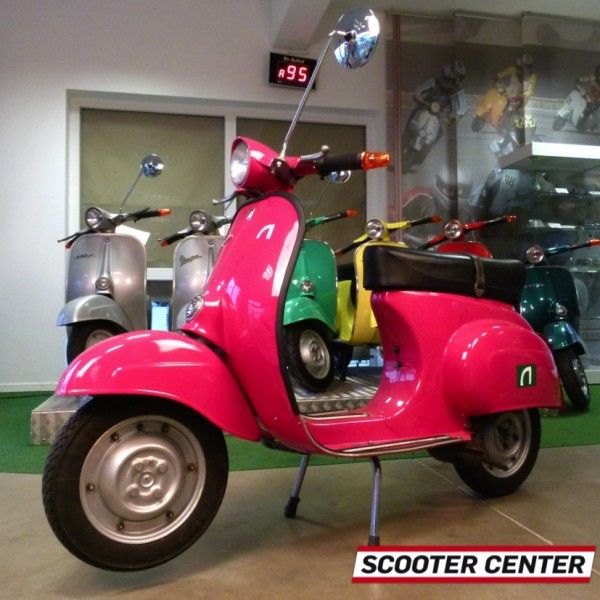 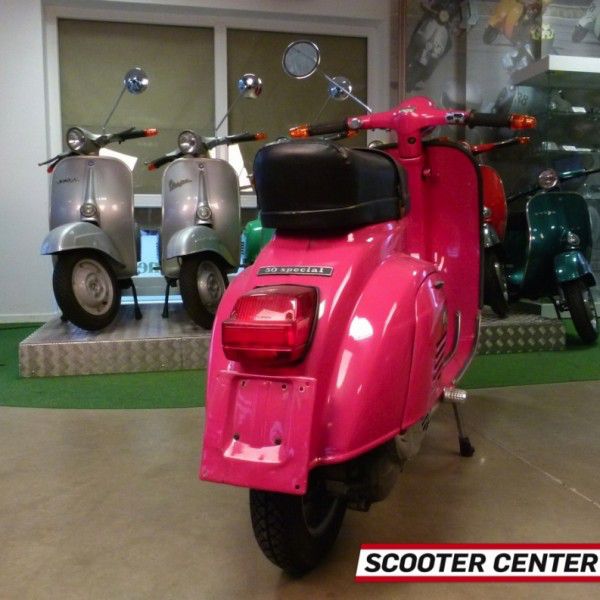 Our reimported V50S and some private V50S with German operating license are now for sale, as well as some V50S and V100 for restoration.

The prices are between € 1.200 for restoration objects and € 3.200 for finished vehicles with German registration!

If you are interested, please send an email to: 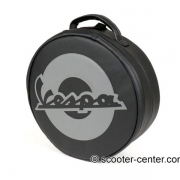 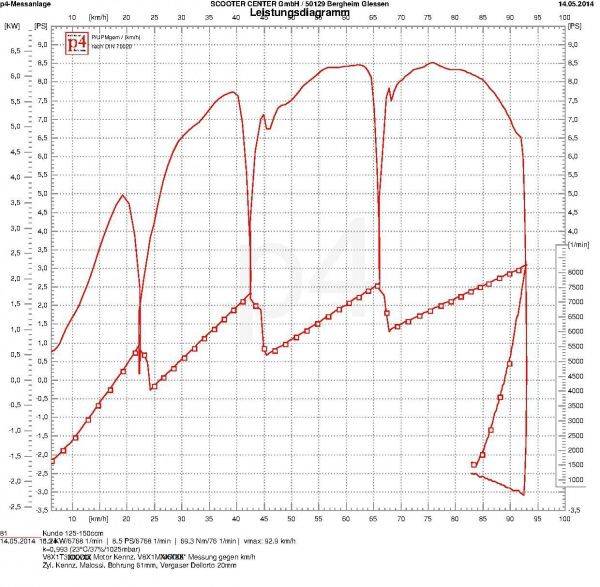 On the test bench Vespa PX80 with Malossi 139 cc cylinder