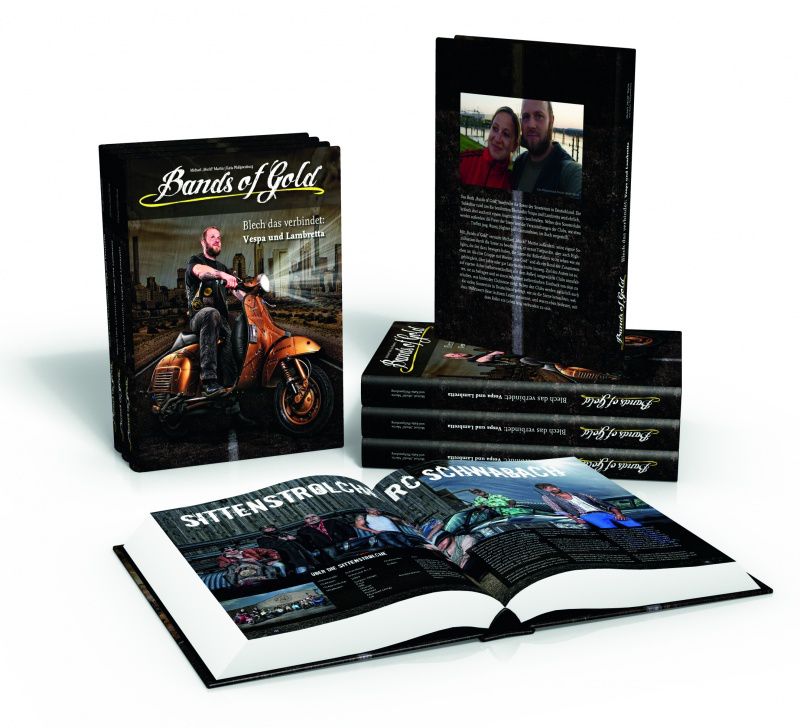 The Book "Bands of Gold" describes the scene of the scooterists in Germany. The subculture around the famous Vespa and Lambretta tin scooters is described honestly, critically but also with a wink.

With “Bands of Gold” Michael “Muckl” Martin also tries to describe his own socialization through the scene, he names low points, but also highlights that have moved him to see the scooter driver scene as it is: as one Group with values ​​“made of gold” and as a bond of togetherness, over years or even stages of life. The author's aim was to drive to selected clubs on his own (by scooter of course), to interview them and thus to get as authentic an impression as possible of what is behind the club scene. In addition to the clubs, there is a large travel report, a look at the shops and just the feeling of what the scene is like, what importance the scooter has in their life, and what it means to be connected to the scooter for a lifetime. Also the history and development of Scooter Center was written down by Michael. A great and really recommendable book for every tin scooter driver.