A few days ago, Japan's leading scooter magazine SCOOTER DAYS reported on our joint project. With that the story has become official and we want to give a brief overview here.

Taka from lambretta-magazine-japan.net will be responsible for implementing this. Along with MB Developments we will provide the parts for the project. Essentially, these are the complete bgm product range for the Lambretta.

Taka builds a demonstrator that he plans to put out for a test drive at Japanese meetings. Originally an Italian Series 2 was supposed to become the Rallymaster. Here the frame was unfortunately so ramshackle that it didn't fail because of it. Since a replacement was needed quickly, a SIL GP 200 officially imported to Japan is now being used. Special features of the GP 200 for the local market consisted primarily of the use of the SX steering head, a 4-way flashing system similar to the Jet models and a lying spare wheel.
Technically, the box should be brought up to date without losing its suitability for everyday use. The engine is trimmed with the Racetourkit from MB for the small block, the bgm crankshaft with 60 mm stroke and 110 mm Yamaha connecting rod, bgm 30 mm PWK carburetor and Clubman exhaust for a wide torque and low consumption. Hence the use of the MB membrane aspirator. BGM ignition and voltage regulators are used for the ultimate in reliability and versatility.
Chassis and brakes are also adapted to requirements. Gimmicks such as the navigation system at the DC output of the controller, rev counter, fuel gauge and one or two gimmicks round off the whole show.
After the terrible catastrophe, the decision was quickly made to auction the Lambretta for the benefit of the victims. 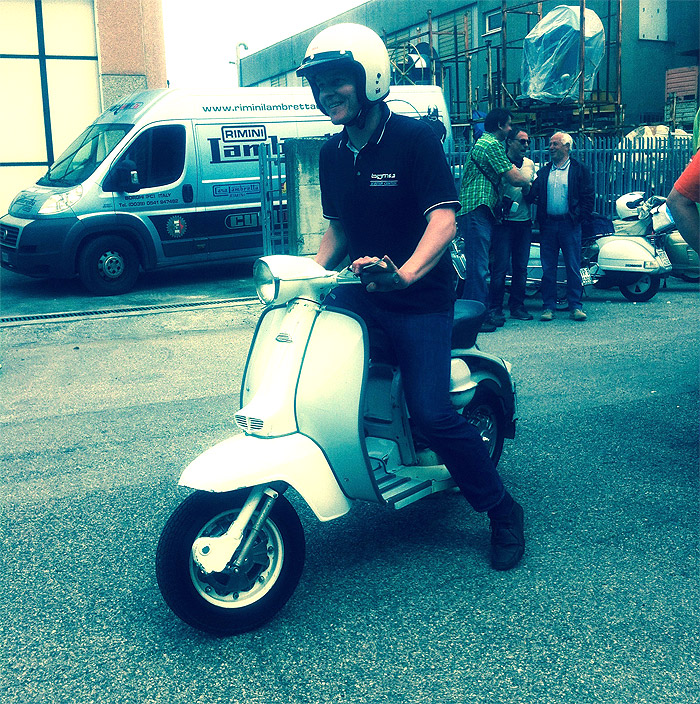 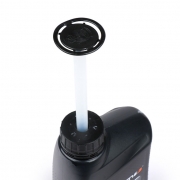 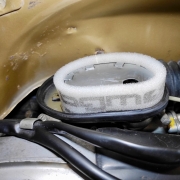 Super open day with a big donation for Japan