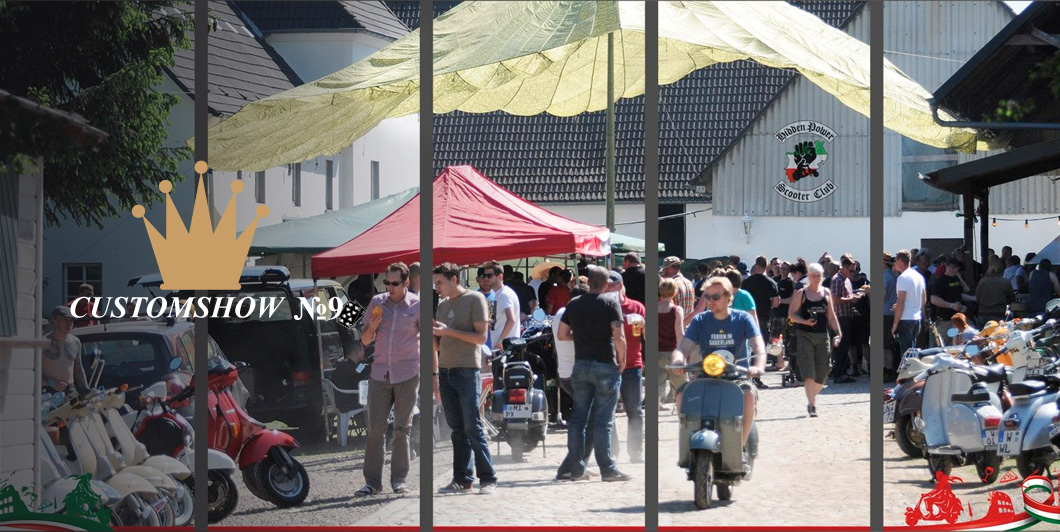 To call the Hidden Power SC one of the veterans of the German scooter scene is no exaggeration. It emerged in 1990 from the Hagen mod association “Volmeparka Society Hagen”.

Since then a bustling bunch, who are not too shy to be seen all over Europe, to organize their own custom shows and with the Holidays in the Sauerland one - for many the highlight in the Rto organize uncalendar. We have always had a friendly relationship with the whole bunch, and of course we have a special bond with the two birds, who unfortunately were only our work colleagues for a short time.

We are pleased that the Hidden Power SC as a guest and exhibitor on our custom show comes on April 9th! 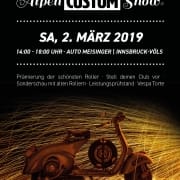 Scootershow 2009 in the Cologne Adventure Halls

Scooter Center on the Scooterist Meltdown 2015

Champagne for the Customshow winners