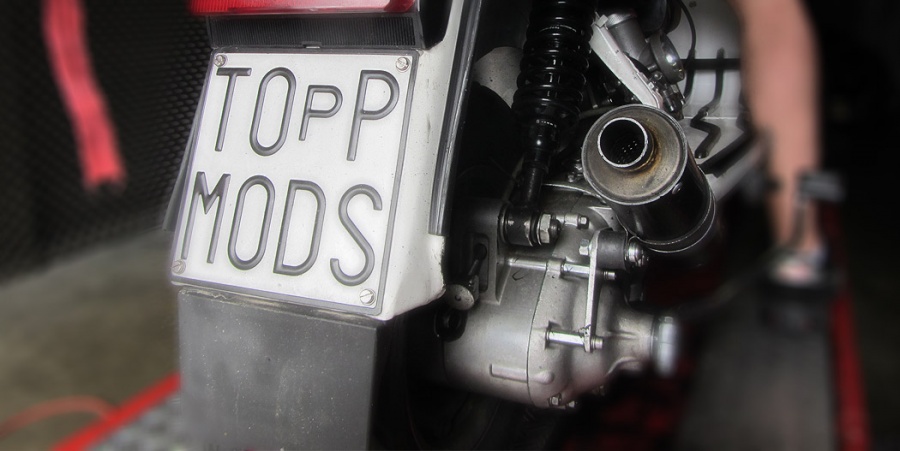 Dean Orton, the founder of Rimini Lambretta Center visited us in Scooter Center. On his way from Rimini via the Venlo Scooter Run to the ESC race at the Harz Ring, he stopped by for a few days. Dean use the trip to the BSG Corse engine to test its suitability for everyday use and travel. In doing so, it was anything but sparing the engine. The test drive should be as real as possible, so Dean just packed his mod stuff and also:

Then he chased the Lambretta through the streets. From Rimini in Italy over the Alps to Austria and over Germany to Venlo in Holland. The way home then takes him back via Germany, past us and then on to the ESC race at the Harzring.

He reels this distance relatively relaxed at a constant cruising speed of 130km / h. And that with sufficient reserves to be able to overtake at 150km / h. Considerable when you consider the very short gear ratio of only 4,9. With this powerful motor, other speeds can also be achieved.

The CNC manufactured 305cc cylinder is throttled to approx. 50PS via the programmable ignition. Unthrottled, the engine already produced 63PS on the dynamometer at the Rimini Lambretta Center.

ESC roller race on the Harz-Ring

Even if we've known each other for ages and that Scooter Center Just as the Rimini Lambretta Center was founded around the same time, we already met at various events across Europe, but this year we managed to visit each other for the first time. In April we went to the Open Day and had a great time there in this brilliant Lambretta shop with our Italian friends, great Italian food and of course many great and unique legendary Lambretta models such as the Lambretta two-cylinder prototype and the BSG 305 Lambretta.

Here is the video from the Corso, Philipp on the BSG Lambretta

On Monday So it was finally time, it was an honor for us Dean im Scooter Center to welcome. We loved every second and there were lots of stories old and new to share and it was very fun. After a few “business talks” we had dinner together and it got very late. Dean praises ours Scooter Center Generation XI Smallframe Vespa the most beautiful object in the universe - just one breath later our bgm demonstrator Lambretta than that ugliest Lambretta in the world to brand. Mhhhh…. Since we were already confronted with this opinion at the Riva del Garda Customshow 2013, there had to be some truth to it. So we had to do something about it. So we decided to make the Lambretta available to him and to adapt the optics to the perfect mechanics. Tuesday Dean tests the Lambretta on the streets of the beautiful Rhineland and came right on time for the traditional afternoon tea to discuss some new Lambretta products.

On Thursday Dean actually wanted to look at our order process. Unfortunately, we got the glorious idea to test his scooter and both exhaust systems on the test bench. The diagrams of our P4 dynamometer almost coincide with the diagrams driven in Rimini. Time flew by and after dinner Dean was already on the way to the Harz-Ring. 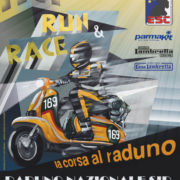 The most beautiful Vespa in the world