The participants of the Eurolambretta 2016 get it now in a special edition in a limited edition. Everyone else will have to be patient until the final version of the new bgm catalog 2016 is available in print. In addition to the really big big highlights such as cylinders, exhaust systems and chassis components, there are also many small big highlights that may not be so noticeable at first glance.

Here we have a selection of new “small” bgm products for you: Here restorations are often fiddled with. The engine is new and fast, the body and paintwork are nice and shiny - but the old cables are left in, so trouble is inevitable. It doesn't have to be!

With us you get complete and suitable cable harnesses for exactly your scooter! Exchange is child's play! The speedometer cables, which we have manufactured according to Vespa / Piaggio or Lambretta / Innocenti specifications, are new in the bgm portfolio. This inconspicuous Cables was not available for a long time and it often breaks. With this cable the connection from your fuel sensor to the fuel gauge in the speedometer is again! Scooter Center on the Scooterist Meltdown 2015 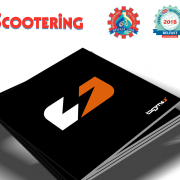 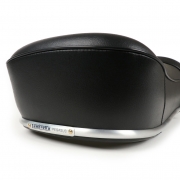