The 2nd edition of the Vintage Cruise rattles from July 15.07th. -17.07. through northern Germany. Supported by Scooter Center.

The organizer Sören Clausen expected over 60 scooters - 67 came - from Schleswig-Holstein, Hamburg and Lower Saxony, which means that the paddock of the Vintage Cruise 2016 had more than doubled compared to the previous year. As always, the start was at KTG in Bargteheide. Practically a short refueling opposite ... The goal for Friday was the club area of ​​the Lüneburg VC and so on Friday, July 15.7th at around 10:00 am, the pack set off. Mölln and Hagenow were firmly planned stops to show the old boxes to the public and of course to stretch their legs. In Hagenow you could indulge yourself with small delicacies for lunch in the Café Sophie. On this occasion, the Oldtimer Club Hagenow eV did not miss the opportunity to invite us to their meeting this year, 20.08-21.08, and give us a small gift. After an hour we had to leave and the route now led us to Darchau, where the first of a total of 4 ferry trips was due. The Lüneburg VC received the Vintage Cruise on the market square it visited with great fanfare, press and countless photo opportunities. A total of over 90 scooters were present here. Some of them insisted on boarding a snack nearby, but then they went to the club area to set up the tents. The first day ended with sausage, music and cold drinks. They repaired, talked shop and laughed until late at night. A few repairs were necessary, the only Zündapp Bella had difficulties starting and the orange-colored Lambretta from Frank Höppner had to get a new exhaust gasket. She had said goodbye loudly on the route. And since the tour was registered this time, the organization also received convenient information such as "... instead of XYZ there is a construction site" or "... the K51 between locations A and B is blocked during the appointment". For example, the scooter pilots had to drive through Harburg in groups of 2 on the 10nd day at 5-minute intervals. It was explicitly advised not to race. Well, if you pull the lever in a different way everywhere, then doing without it is not so difficult here ... So the group drove “reasonably slowly” in groups of 10 to the refueling stop in Finkenwerder. That went surprisingly well. Then we went collectively through the old country, through Jork at noon to Lühe to the ferry terminal. Usually there are motorbikes there - but those present hadn't seen that before: 67 Vespas with 71 riders. Everyone quickly spread out to the sausage and fish stalls that had been set up there, and soon you could hear smacking and slurping everywhere. And such a break on the Elbe, that has character. Then another half hour to relax on the dike and then we went on to Wischhafen. The scooter drivers were amazed when they saw a line of vehicles about 1,5 km long at the confluence with the ferry. It was not long discussed and one of the yellow-clad marshals quickly drove to the front to clarify whether the little wasps would not fit somewhere in between - which then happened. All scooters overtook the entire line of cars and we crossed the Elbe in 2 groups. This meant that the deadline for the market in Glückstadt could almost be met. Ice cream, coffee and cake were consumed and one or two bystanders asked their questions. Then the sluices of heaven slowly opened their gates and the rain suit was put on. Another ferry trip across the Kiel Canal, then it went at a reasonable pace towards Deichgrafenhof. When the road was wet and there was a stiff breeze from the west, some were not doing quite as well as you soon discovered. But just before the Eider Barrage, the sun pleased us with its rays. And as lead drivers, Uli Liebholz, Olaf Zwad and Sören Clausen were already looking forward to 2nd gear a few kilometers before the tunnel there. Go full throttle once, make some real noise - that's a great thing. And the sun was also preserved. When we arrived at the golf course everything was still a bit wet, but the tents were set up quickly and then we went to the grill, where the first sausages, grilled cheese and baguettes were crispy. Then the crowd went to the cozy EGANS PUB, where you could order one or the other cider, Guinnes or lager. The hut was full until 1:00 a.m. Of course everyone made sure that you have to get up in the morning ... Unfortunately, the pub had to close its doors on August 1st due to a change of ownership. We had the honor of being the last spectacular event here, said Gunnar Zimmermann, the captain. But a new clubhouse is under construction and the golfers and vintage cruisers are all looking forward to next year.

Day 3 greeted one or the other around 5:30 when the groundskeeper began to mow the square. Our standard equipment included earplugs, which was distributed the evening before. So you could indulge a little further in sweet scooter dreams. At about half past nine the departure was and all the "woodcutters" were at the start. In Lunden, like last year, there was a delicious breakfast and after a short detour to a classic car meeting, we went to Husum, where the harbor market was already waiting. Then it went on to the penultimate station in Rendsburg on the Paradeplatz, where some Vespisti were already waiting to receive the supply train. Also at the start: the previously missing Zündapp, which now accompanied the troops to Bad Segeberg. The local ice cream parlor owner paid a visit to the Vespas and Lambrettas and I was delighted with the Italian flair that was spreading in front of his shop. On departure, some of the people from Kiel said goodbye, and here and there on the route one or the other waved to the group and disappeared into the side streets. Nevertheless, this year's Vintage Cruise landed with almost 10 scooters in Bad Segeberg, where colleague Meinhardt Hilgendorf was waiting with coffee and cake and a delegation from Lübeck. There is no need to mention what a boon the fresh coffee was. Everyone said goodbye and everyone went happily on their way. But then there was another moment of shock because a passenger from Hamburg on the A50 lay on her side in a confusing place. But due to the quick reaction of the last breakdown of the day, which was also stopped there, and a short telephone organization, the Braunschweig chapter stopped without further ado on the journey home and loaded the two scooters onto the trailer with the remaining luggage. And more importantly - the driver is fine, a few abrasions and bruises were all. The police officers present were very impressed that we had cleared the accident and breakdown area so quickly.

Almost everyone arrived home safe and sound, the last one around 2:20 in the morning, with a sore rump, cramps in his hands and 2-stroke soot on his face - but everyone was happy and completely overwhelmed by driving, driving, driving ...

Frank Höppner from Scooter Service Stormarn described it very aptly in his words: "Sören, I've never driven in a row for so long since I've been in the Scythemen Club - that was unbelievable!" ... I like to write that up for myself.

Sören Clausen and Claudia Bühring, as organizers, thank everyone who was there, who helped and were available for this and that - it was basically the sworn family from last year again immediately. The breakdowns and failures were kept within limits - almost everything was repaired quickly and with all imaginable help - and the marshals did a first-class job and you meet on Facebook in a yellow safety vest as a route leader.

Planning for next year: 4 days, rally to Denmark - I've already made everyone crazy. You will find the information on this shortly on www.vintage-cruise.de. 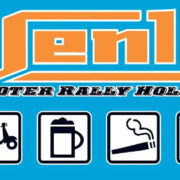 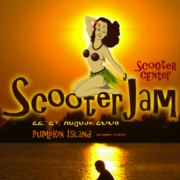 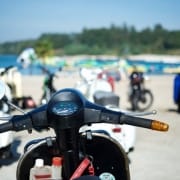 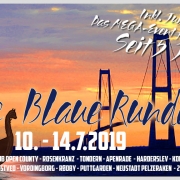