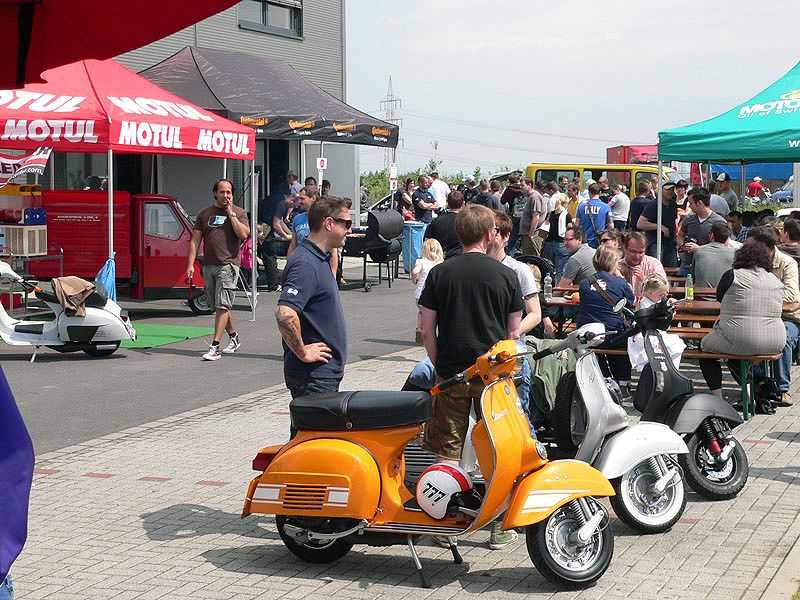 The entire SCOOTER CENTER - Team thanks you for this great OpenDay. That was a great day with you and it was really fun despite the “Sunday work”!

More than 300 visitors found themselves in great weather on SCOOTER CENTER in Bergheim Glessen. It's great that you came in so many - many thanks again!

There was a lot to talk about over beer and sausages. Our bargain market for scooters and scooter tuning parts in the hall complemented itself perfectly with the private dealers, one of whom even came from the Netherlands. You could see many happy faces and some tuning and spare parts were sold as real bargains.

The achievements on the Test stand role were pressed! Both from automatic scooters, as well as the classic Vespas and Lambrettas. Over 38 hp pressed a Vespa PX on the roller and became the best of the day. Respect!

Our iron test rig team carried out over 60 runs in a short period of time. The income from the runs and a portion of the drinks go directly to ours Scooterists4JapaneseScooterists Fundraiser. Here 780 euros came together, that SCOOTER CENTER then put this buzzer on top again, so that 1.560 euros donated can be.

It was all well-rounded, and with the super nice atmosphere that you brought with you, it was really fun. We are already looking forward to the next OPEN DAY, and already have nice ideas with which we will surprise you - next year at the latest, because then we will finally celebrate 20 years SCOOTER CENTER!! 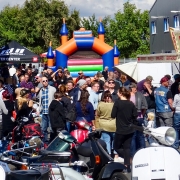 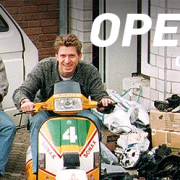 A good deed is well received 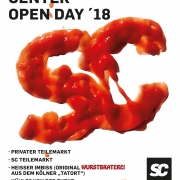