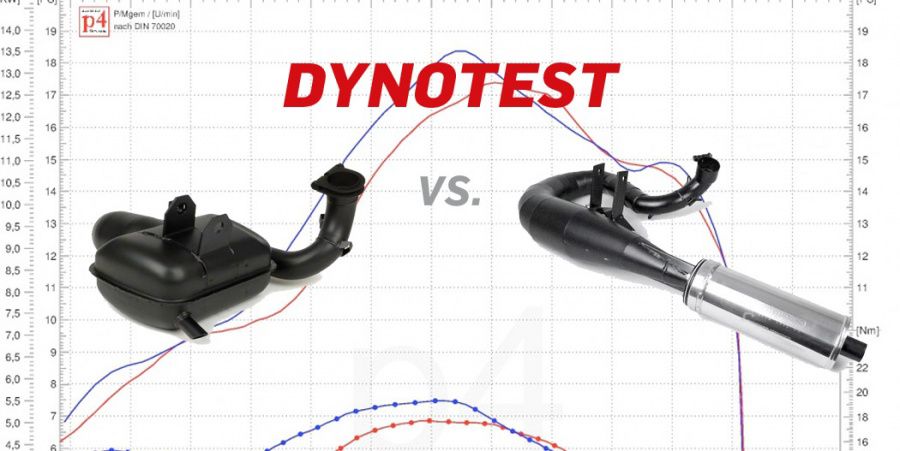 Michel Holden from England, long-time customer of Scooter Center, visited us briefly on his way to the “Ferien im Sauerland” run and seized the opportunity Vespa Aupuff BigBox Sport to test once on the test bench. His scooter, a German Vespa PX200, which he bought when he was stationed with the British Forces in Germany.

The engine is quite simple and consists of an "old" Malossi 210 cylinder, DellOrto carburetor PHBH 30, Mazzucchelli racing shaft with 57mm stroke and a Taffspeed MK4.

In England on a Dynojet, Michael tells us, the engine had this configuration before he left 17,8BHP (Brake Horse Power), i.e. performance measured on the rear wheel.

This is a useful reference value for our input measurement, because it allows us to assess whether the engine has lost power and how comparable the measurements are.

The old “two-decade” with the MK 4 also delivers the predicted performance well. Since the value determined on our test bench only deviates by a few tenths, one can say that the measurements on the Dynojet and here in our case are comparable in this case. The MK4 was a good one in its time (in 1996 we sold the first systems with TÜV approval in Germany) All-rounder with a useful performance curve in such a way that there is good performance before the actual use of the resonance. In general, it can be said that an engine that develops an output of at least 5000PS in the range of around 10 rpm and increases the output and torque as the speed continues to increase, is perceived as being “easy to drive” on the road. With just under 18Nm in the range just before 6000rpm, the MK4 is also a candidate on this engine, which often prompts the driver to shift down when a little more acceleration is required in fourth gear at less than 90km / h. At the time of the MK4 the exhaust was the state of the art and no exhaust that was optically close to the original “lunch box” would have come close to such performance values.

For some time now, however, the development has been moving in the right direction efficient exhaust systems, which are optically as close as possible to the original.

The BigBox was also created from this specification: Here in a direct comparison the BigBox Sport and the Taffspeed MK4. Compared to the MK4, the BigBox Sport can operate in the range from 4500rpm significantly increase in torque and power. A direct comparison on the road makes the scooter look more drivable because it is simple more torque for acceleration Available. Especially in the range from 5500 rpm, when the scooter is being driven on the expressway or motorway, the additional torque when overtaking has a positive effect. If you too would like to know what the BigBox Sport on your engine can, then send us an appointment request to: 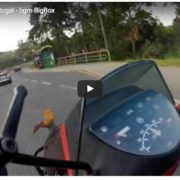